I am going to show you two new Projects that I made yesterday.

The first one is "Wryn eggspecting" from Tiddly Inks. I simply love this Little girl. I think she's been renamed since, but the image is the same.

Well, I've joined the marker subscription classes over at www.kitandclowder.com and our very first project is Octavia Moonfly from Polka Doodles plus a gorgeous background. The other night I watched the video that came with the class and that background scared the living daylights out of me.

Alyce was kind enough to give me a pep talk/kind kick in the butt, telling me that I certainly could do it. However, I decided to try the background technique on a smaller project first and thought that this Wryn image was perfect for that.

There are Things in the image that I'm not satisfied with, but I know that this is due to my using Promarkers and also the colours that I presently have. However, now I know I can do it, so the minute I get the colours I'm missing in my Copics stash, I'll have a go at the Octavia Moonfly image.

Meanwhile, Wryn has been framed and is standing on my desk. I hope you like her (unframed). 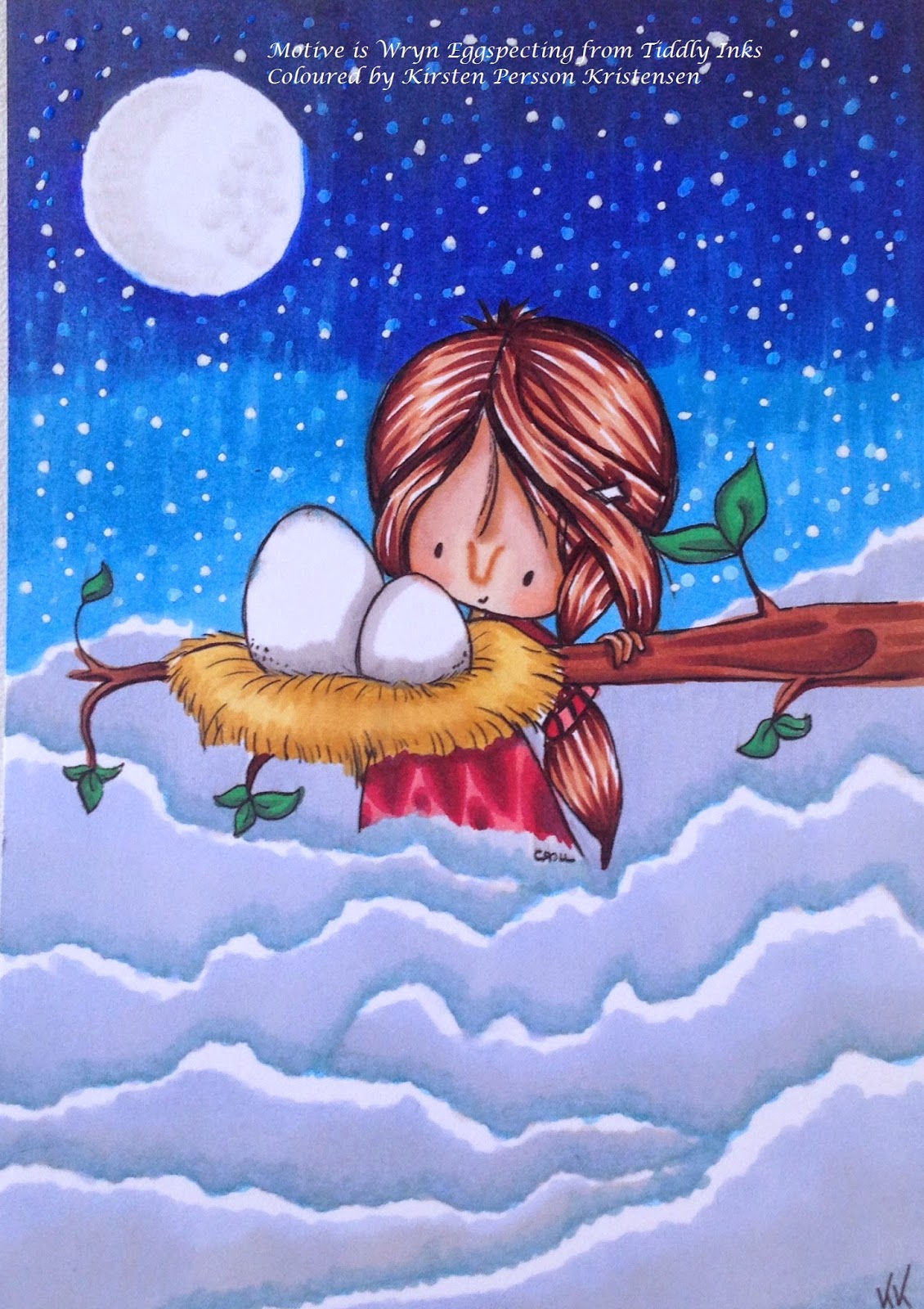 My next project is a challenge birthday project from SimplyBStamps with a freebie image called "Mercedes". I've done such a project before, and it's great fun.
This occation is for Bettys mothers birthday in August - I'm sooooo early, but when I've committed to something like this, I cannot have it laying around, then I forget about it. So best thing for me is to make it as soon as possible. I consider the chance that Bettys mother sees my blog as pretty small, so I take thelLiberty of showing the project in here now.
There was a colour theme of "White, Black and Red" to be used for this image and the sentiment, that came with it, should be used too.
It was fun colouring her and doing the background as well. When I started adding the sentiment to the image and moving it around on the page, I came up with this "design" and the rest just sort of just happened by itself.
I'm going to mail the card, when the birthday gets nearer, and am anxious to hear, what Bettys mother thinks of it. 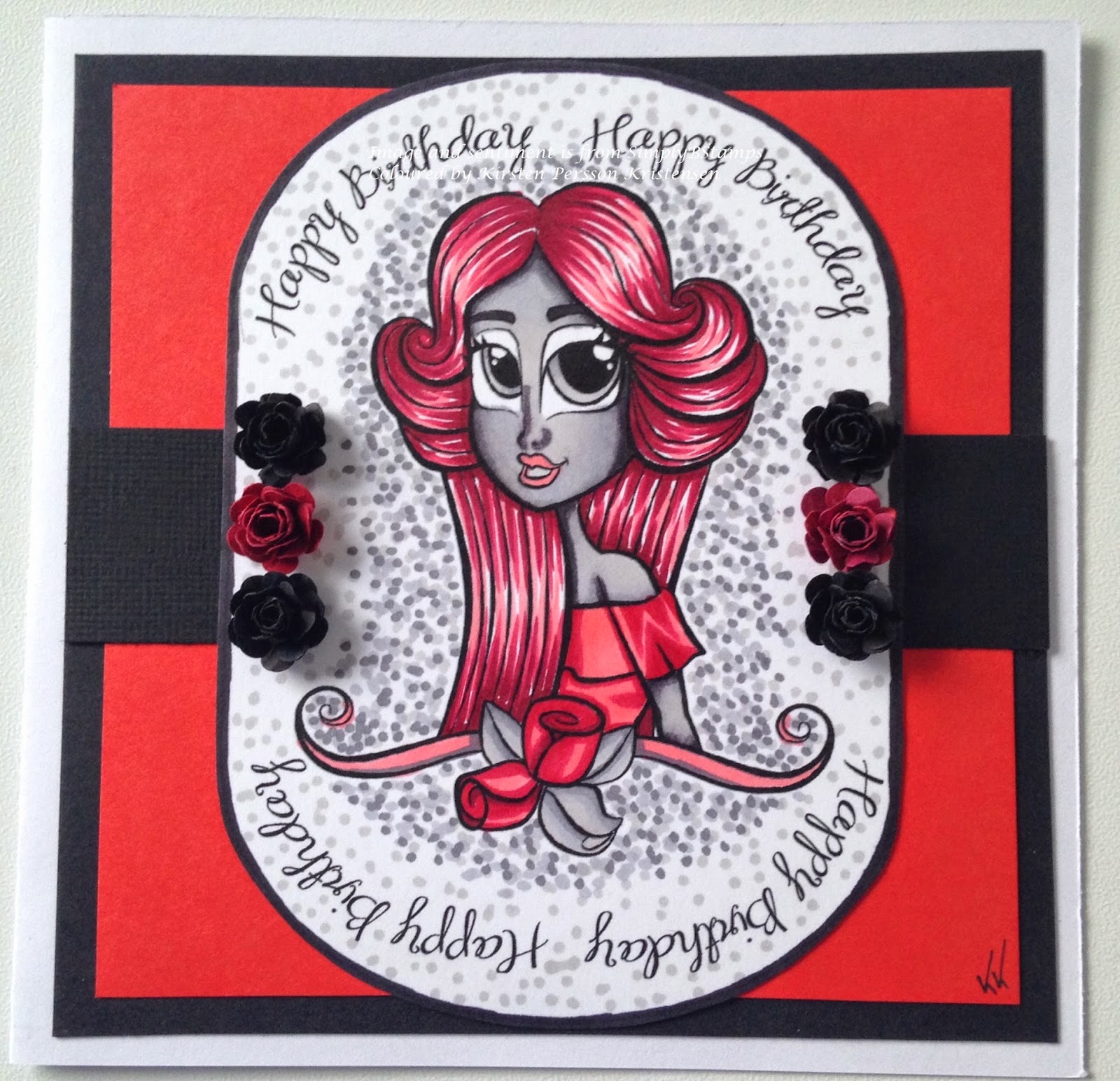 I'm sure I'm going to use this image/sentiment many times from now on, as it's super for birthdays.

Hmmm, maybe I should ask for Cards from my friends around the World for my 60th birthday in August, 2016. We'll see about that later.

That's all I have for you today.